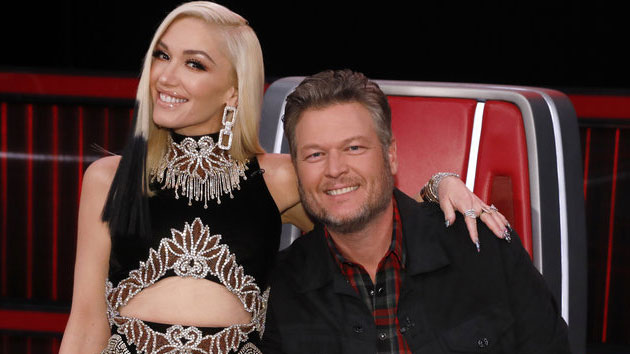 Fans of The Voice have long been accustomed to Blake Shelton’s witty quips and good-natured jabs at his fellow coaches, which is why it seemed a little out of character when he offered some sympathy to Ariana Grande during this week’s episode.

He even offered an emotional Ariana a box of tissues as they embarked upon the Battle Rounds, which meant the coaches had to make some tough calls about which contestants get to stay and which must go home.

Blake says he blames his newfound sweeter side on his marriage to pop superstar and former The Voice coach Gwen Stefani.

“Look, I’m married now. I’m soft. I’m getting softer,” he joked, also offering Ariana — a first-time coach — some words of wisdom about the hard decisions that come with the gig.

“After this season you won’t ever need these again. You’ll get over it. You’ll become callous like us three,” he added, according to ﻿People﻿.

Blake and Gwen got married back in July after dating for five years. The pair, who were married by Carson Daly, offered each other creative vows on the big day: For his part, Blake wrote a song for the occasion. Last week, he revealed in an interview on Late Night with Seth Meyers that fans will eventually get to hear that song, too, as it’s on the track list of a forthcoming deluxe version of his Body Language album.