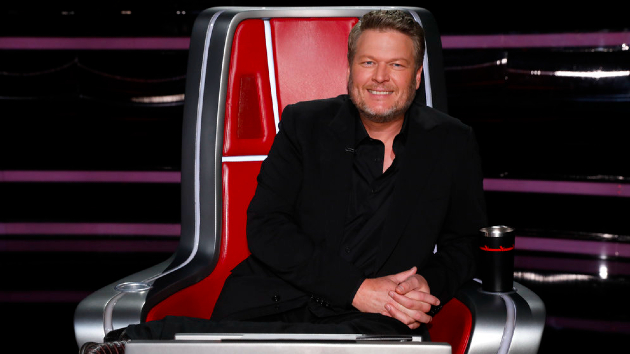 As Blake Shelton‘s time on NBC’s The Voice comes to a close, he’s thinking about taking home some souvenirs, particularly the iconic red chair he’s occupied since the show started in 2011.

But the “No Body” hitmaker is not quite convinced the powers that be are gonna let him leave with some of the furniture.

“I don’t know if they’re gonna offer that or not. I feel like they owe me a damn chair though,” he told People at the recent groundbreaking for Ole Red Las Vegas.

“I mean, who else can sit in my chair?” he adds. “It’s like the three bears — I don’t want anybody else sitting in my chair. I’m gonna try to get that away from them. Maybe I’ll have to buy it or something.”

He joked NBC probably feels like “‘you took … a lot of our money, so you should be happy with that.'” As for whether the red chair matches any of the houses he shares with Gwen Stefani, “Well that doesn’t matter because it built the home.”

Last October, Blake announced his intention to “step away from The Voice after season 23,” which premieres March 6.