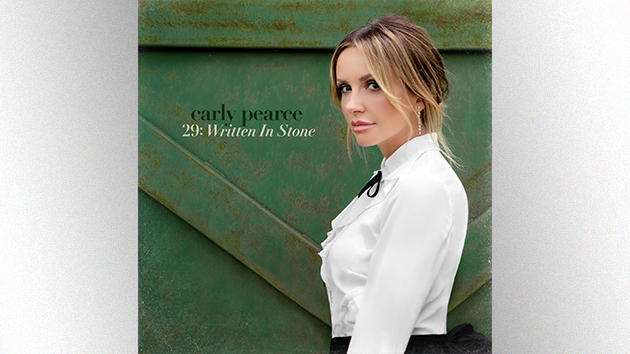 Carly Pearce and Ashley McBryde are teaming up over heartbreak in their new song, “Never Wanted to be That Girl.”

On Tuesday, the duet partners shared a teaser of the song that finds them as women done wrong by a cheating man.

The song leans into pain and confusion as they come to terms with the fact that they’re the other woman, albeit unintentionally, reflected through such lyrics as “thought this kind of lonely only happens to somebody else,” and “thought I knew who I was, but it’s getting hard to tell.”

“This is the story of how a bad man happened to two good women,” Carly describes, calling Ashley her “incredibly talented friend.”

“You won’t want to miss this story,” adds Ashley.

The singers co-wrote the track with Shane McAnally.

“Never Wanted to be That Girl” drops in full at midnight and is featured on Carly’s upcoming album, 29: Written in Stone.

Additionally, Carly will make her solo late-night TV debut with a performance of her current single, “Next Girl,” on Jimmy Kimmel Live! Wednesday night, airing at 11:35 p.m. ET on ABC.