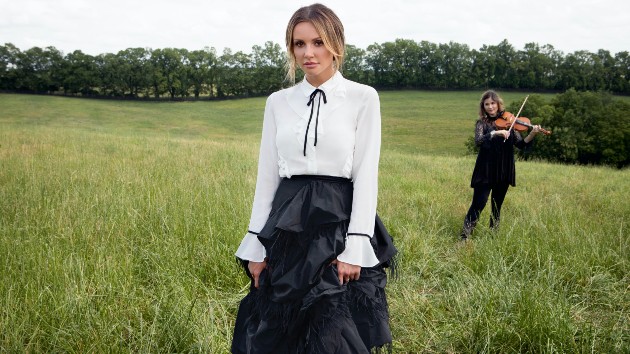 Carly Pearce kicks off her 15-track 29: Written in Stone album with “Diamondback,” a feisty song that she wrote with Kelsea Ballerini, Tofer Brown and Shane McAnally. The song was actually Kelsea’s first, with Carly changing parts of it to make it fit her own story.

“I actually was never in the room with Kelsea for this one,” Carly tells Lyric magazine. “Kelsea, Tofer Brown and Shane McAnally had started the song, almost as if Kelsea was playing a character, but the only part of the song that really stayed the same was the post-chorus.”

It’s as easy to imagine Kelsea singing “Diamondback” as Carly, but Carly says the song, about love gone wrong, was more suited for her, after her split from Michael Ray, than Kelsea.

“Honestly, Kelsea just didn’t feel like it was for her at that time and so Tofer and Shane sent it over to me,” Carly shares. “The three of us finished it very quickly and it was very easy for me to go there in that song … I picked it for the album opener because that was exactly what happened, it was a fairytale that went wrong.”