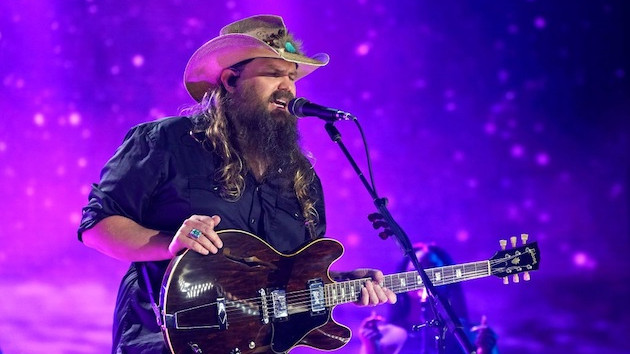 Chris Stapleton recently recruited late-night host Jimmy Fallon to fill in as his guitar player during a performance on The Tonight Show with Jimmy Fallon. Apparently, creative sparks flew, because the two men have teamed up yet again on the show, this time for a hilarious musical spoof skit.

The object of Chris and Jimmy’s lighthearted joking is filmmaker Nancy Meyers, as well as the distinctive aesthetic of her movies, such as Something’s Gotta Give, The Parent Trap and It’s Complicated.

Chris and Jimmy strum guitars and harmonize, while reenacting iconic scenes from Meyers films. No detail is too small: From Chris’ linen pants to a glass jar filled with rocks, the pair perfectly capture Meyers’ signature style.

The “A Film by Nancy Meyers” sketch is just the latest example of Chris’ artistic versatility. He also recently appeared as a featured guest on Carlos Santana‘s new album, Blessings and Miracles, on a track called “Joy,” which Chris produced and co-wrote.