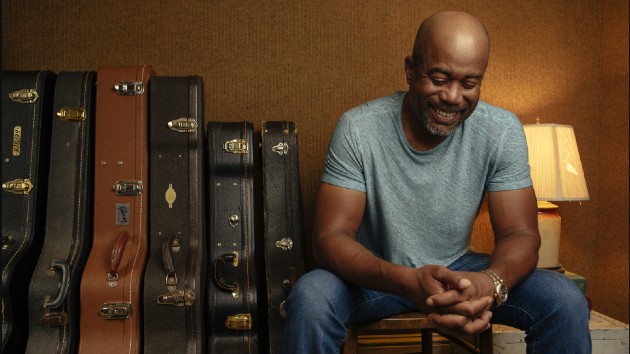 When Darius Rucker first announced that he was focusing on a career in country music, after years spent fronting Hootie & the Blowfish, it wasn’t an easy transition. The South Carolina native admits that it was hard getting radio to play his music at first, only because of the color of his skin.

“When I came to Nashville 14 years ago, I was going into the radio stations and being told that they didn’t think it was going to work because I was African American,” he tells The Tennessean. “That was tough. But I was glad to get the truth, and it was what it was.”

Now, with numerous chart-topping singles to his credit, and several  Black artists joining him on the charts, including Kane Brown, Jimmie Allen and Mickey Guyton, Darius is optimistic about the future of country music.

“Country music has this stigma of rebel flags and racism, and that’s changing,” Darius says. “I think it’s changing drastically. And I’m just glad. I hope I’m remembered as one of the people that tried to fight that, and one of the reasons that changed.”