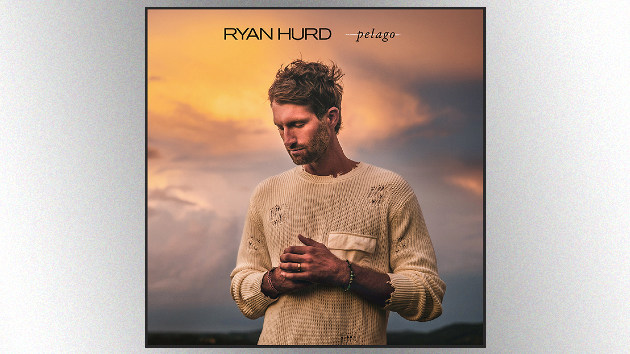 Though he’s previously written number-ones for Lady A, Luke Bryan, and Blake Shelton, the record features Ryan’s biggest hit as an artist so far, his nearly-top-five duet with his wife Maren Morris, “Chasing After You.”

“It was called RH LP1 Sony Music Nashville for about three months,” Ryan laughs, perhaps hinting at some difficulty or delay in finding a name.

“Well, first of all, you have to ask me about it, so that’s a good thing,” he explains. “Second of all, I needed a word that rhymed with Chicago for my song ‘Coast,’ and I kind of used that as a placeholder thinking I made it up, and turns out, it’s actually a word in Italian and Latin that is actually what it sounds like.”

So Ryan’s unusual album title is actually a teaching moment.

Physical copies and downloads of Pelago offer eleven new songs, all co-written by Ryan, save for “Chasing After You.” Streaming versions of the album also add four favorites, including “To a T” and “Diamonds or Twine.”