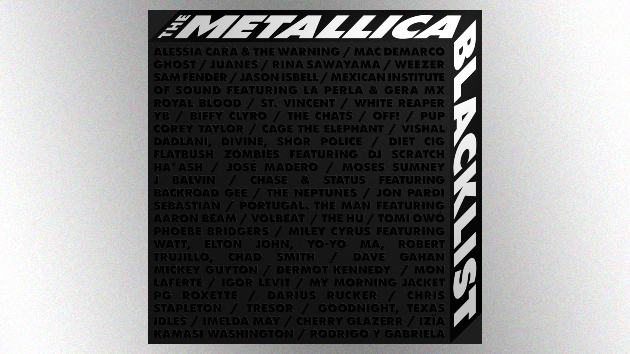 Jon Pardi’s known for being one of country music’s modern-day traditionalists, but he’s also demonstrated that he likes other genres, too, previously covering songs like “Nothing Compares 2 U,” the pop classic recorded by both Prince and Sinéad O’Connor.

Now, Jon’s trying his hand at a metal classic. He covered Metallica’s “Wherever I May Roam” for his submission to The Metallica Blacklist, a forthcoming all-star tribute project in celebration of the metal band’s Grammy-winning self-titled album, also known as The Black Album.

The full project — which also features covers from Chris Stapleton, Darius Rucker and Mickey Guyton — comes out September 10, but Jon’s version of “Wherever I May Roam” is available now as an instant grat track. It’s one of three versions of the song that have dropped ahead of release day. Also available with a pre-order of Blacklist are reggaeton singer J Balvin’s “Wherever I May Roam,” as well as a live version of Metallica’s original from 1991.

Proceeds from all the songs benefit Metallica’s All Within My Hands Foundation, with each artist also selecting a charity that their song will support. In Jon’s case, that’s the Doug Flutie Jr. Foundation for Autism.