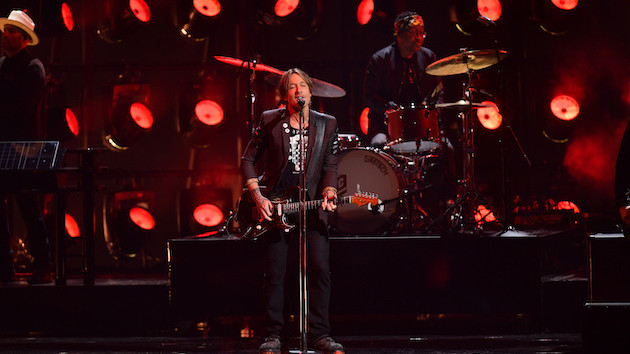 Keith Urban is officially back out on the road.

The country superstar headed to Florida over the weekend, where he brought his The Speed of Now World Tour to stops in Tampa and West Palm Beach. It marked the first time in almost four years that he’s toured the U.S., and Keith and the crowd were in full-blown party mode as he took the stage for a turbo-charged set.

“We made it!” Keith said from the stage during his tour’s opening night in Tampa. “Am I a bit nervous? Just a little! But, I’ve never been more excited to see so many people in one place!”

A short clip of the opening weekend captures the electricity of Keith’s set in Tampa. The next night, in West Palm Beach, that electricity returned — a little bit more literally — with storms in the area that delayed the show by more than an hour. Undeterred, Keith kept the party going late into the night, despite the fact that the storms had also forced him to cancel a night of rehearsals.

The tour, which features Ingrid Andress as an opening act, wrapped a string of U.K. shows last month and is now about to embark on a massive stretch of North American tour dates that will run through early November. First up are back-to-back Toronto shows on July 8 and 9, followed by a lengthy run across the U.S., including a hometown show at Nashville’s Bridgestone Arena on October 7.