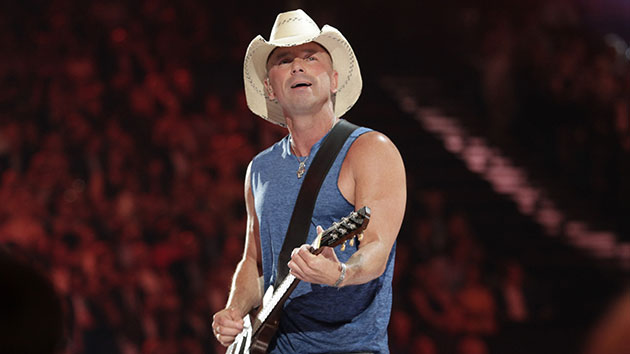 Francis Specker/CBS via Getty ImagesKenny Chesney is among the artists to pay tribute to Mac Davis following the music legend’s death on Tuesday. In a message posted to social media, Kenny remembered how Mac inspired him during the early days of his career.

“I met Mac as a young artist just starting out on my journey, when he was already a legend and a songwriting hero to me,” the country singer wrote. “He welcomed me into his home, and turned that tremendous creative light on me.”

Though Davis boasted his own impressive songwriting resume, with cuts like Elvis Presley’s “In the Ghetto” to his name, he made time to focus on younger artists and songwriters, Kenny went on to say.

“He made me feel like what I was doing mattered,” Kenny explained, adding “A small town boy who achieved the greatest kinds of fame, he remained a good guy, a family man. That was Mac: a giant heart, quick to laugh and a bigger creative spirit. I was blessed to have it shine on me.”

While Kenny had a special relationship with the legendary songwriter, he was far from the only country star impacted by his legacy. Jake Owen and Travis Tritt also posted tributes following Davis’ death.

Earlier in the week, after news broke that Davis was in critical condition following heart surgery, the songwriter’s longtime friend and collaborator Dolly Parton retweeted a message asking for “love and prayers” for his family.

In addition to his work as a songwriter, Davis was known as a talented singer, actor and session guitarist. He died at the age of 78.