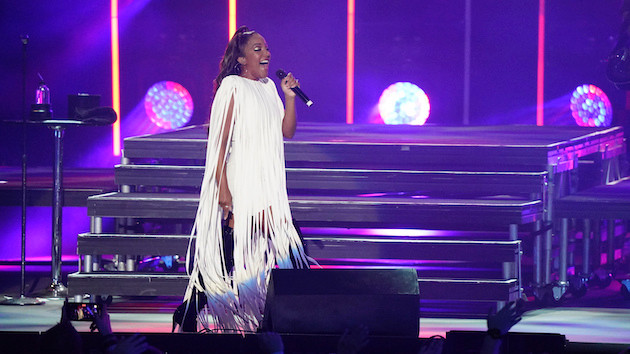 She’ll play the role of Wanda Warbler, a country singer, Billboard reports. In the episode, which is called “The Wandrin’ Warbler,” Mickey Guyton’s character is playing a show that Mickey Mouse and his pals travel to attend.

Of course, Mickey will bring her musical talent to her character: She performs the song “Won’t Go Wanderin’,” which appears in the episode.

Guyton’s Mickey Mouse Funhouse appearance will air on Friday at 8 a.m. ET on the Disney Channel. Before that, you can catch her on Wednesday night’s CMT “Artists of the Year” ceremony, where she’s being honored as the Breakout Artist of the Year.

You can also check out a clip of the country-themed episode now, which shows Wanda — a cartoon version of Mickey — hanging out onstage with Mickey Mouse and the rest of the Disney crew.