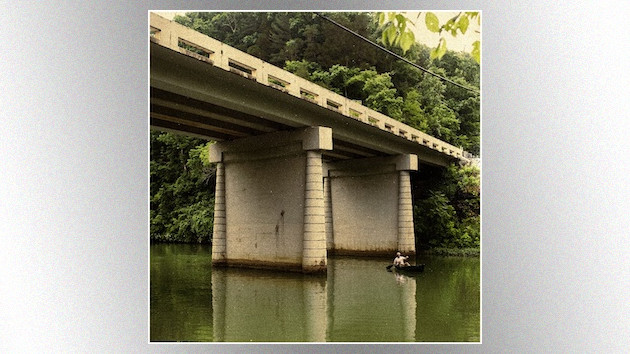 Sam Hunt offers up an up-tempo slice of small-town nostalgia with “Water Under the Bridge,” a new single that he’s putting out just in time for summer.

Peppered with tinkling piano lines and a twangy guitar, “Water Under the Bridge” recounts memories of youthful, carefree days spent on the water, when “love was fun and life was easy,” as he sings in the chorus.

“That muddy river, it was rollin’ / We didn’t care where it was goin’ / We had it made, we didn’t know it / We were young, dumb and so full of it,” he continues.

Sam’s been teasing his new song for a while now, posting snippets and performance clips of the track on his social media. The release follows “23,” Sam’s latest chart-topping country radio hit, and also arrives just weeks after the singer announced the birth of his first child, a baby girl, with wife Hannah Lee Fowler.

Life hasn’t been quite so simple for Sam lately — amid Hannah’s pregnancy, she filed for divorce, citing infidelity and inappropriate marital conduct. The couple appeared to reconcile ahead of their daughter’s birth — but his new song convincingly conjures up a more carefree time.

You can catch Sam on the road this summer, as he’s got a lengthy string of tour dates on the books.