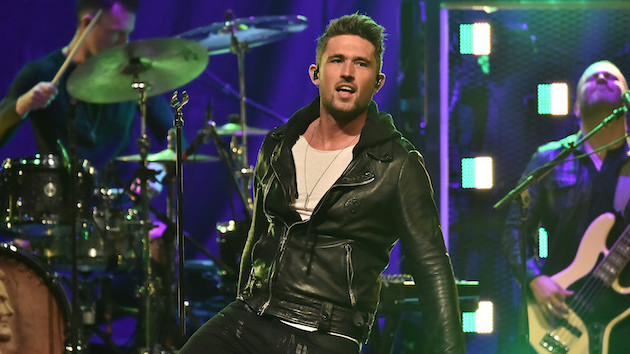 Michael Ray’s move towards the ‘90s-era country music that first inspired him is paying off, as his latest single, “Whiskey and Rain,” has officially become his fourth number-one hit.

As the singer takes his victory lap for his latest chart victory, he’s especially excited to be celebrating success with a song so true to his artistic identity.

“The journey of this song has just been an incredible one to be on,” Michael recounts. “If you’re a fan of mine and you know who I am as an artist — and it was shaped by ‘90s and early 2000s country music — and I feel like this song really reflects a lot of those influences.”

Specifically, the song takes cues from hitmaker Gary Allan, especially his 1998 release, It Would Be You. The title track off that album was a Top 10 hit for Gary, and as a whole, the project launched a fandom in Michael that helped kick off his journey to country music stardom.

“I remember hearing ‘It Would Be You’ for the first time and it just spoke to me. As a kid, I just bought every Gary Allan record and learned all the covers I could,” the singer explains, adding that that influence is alive and well in his music today.

“There’s a lot you can hear of his influence on ‘Whiskey and Rain’ and throughout this EP project, this Higher Education project. So, big fan of Gary’s,” Michael says.