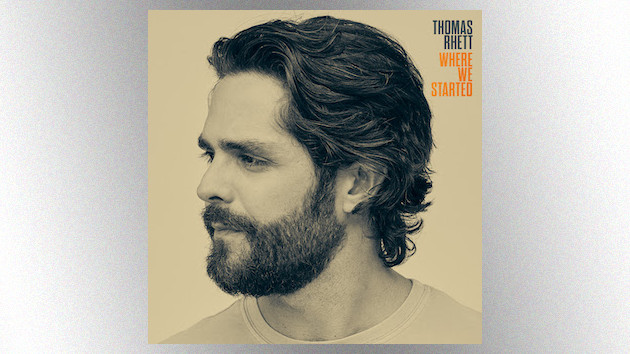 Thomas Rhett is putting the “we” in Where We Started as he announces new collaboration details about his next studio project. The track list includes duets with Riley Green, Florida Georgia Line’s Tyler Hubbard, Russell Dickerson and pop superstar Katy Perry.

Katy lends her voice to the title track, which is the last on the 15-song set. Tyler and Russell join Thomas for a song called “Death Row,” while Riley — Thomas’ fishing buddy and frequent collaborator — appears on “Half of Me.”

The new project — which comes in between Thomas’ Country Again: Side A and Side B — was inspired by his post-pandemic shutdowns return to the road, he says.

“For me, getting into the entertainer headspace and back onstage was euphoria,” the singer says. “When you go a year and a half without it, then feel it for the first time again, it’s the coolest thing in the world. That’s really where my brain has been and where these songs came from.”