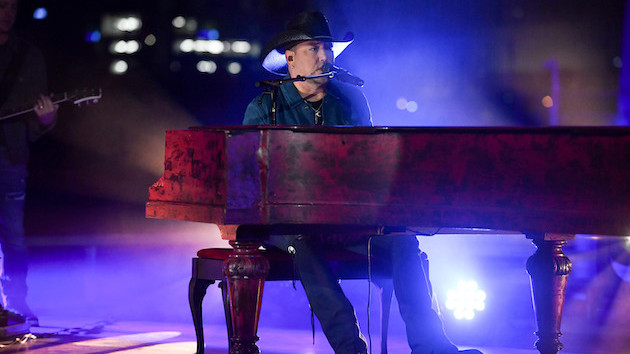 It’s been less than a month since Jason Aldean dropped Macon, the first half of the massive double project he’s putting out as his 10th studio album. Now, he’s already looking ahead to part two.

This week, the singer shared “Whiskey Me Away,” which is the first taste of Georgia, the second half of his project. Brooding and booze-soaked, the lyrics follow a pair of new lovers who meet at a bar and distract each other from their loneliness — if only for one night.

Jason co-wrote the song with Morgan Wallen, a top-selling artist who found himself persona non grata in the industry in early 2021 after TMZ published footage of him yelling a racist slur during a night out. Since then, Morgan’s been removed from radio station airplay, awards show contention and more. The singer initially retreated from the spotlight but has been making hints at his intentions to return lately; last month, he announced a tour for 2022.

Jason’s spoken up in the past about his hopes that Morgan will return to country mainstream sooner rather than later. They’re longtime friends, and Morgan co-wrote Jason’s 2018 hit, “You Make It Easy.”

Georgia is due out in full next April. Together, the two discs pay homage to Jason’s hometown of Macon, Georgia.